Ms. Jacqueline opened La Poubelle in 1969 based on a childhood dream of having a Crèperie in America. With humble beginnings, a small kitchen where the bar now resides, 35 crepes and 15 omelets were served to the music of Edith Piaf and Jacques Brel.

Our menu has expanded throughout the years to include French American Bistro fare, from Filet Mignon to Sustainable Seafood, a variety of pastas and nibbles to share.

We also added a private event room in the past decade, which includes a Grand Piano, an enormous disco ball, and a spectacular sound system. 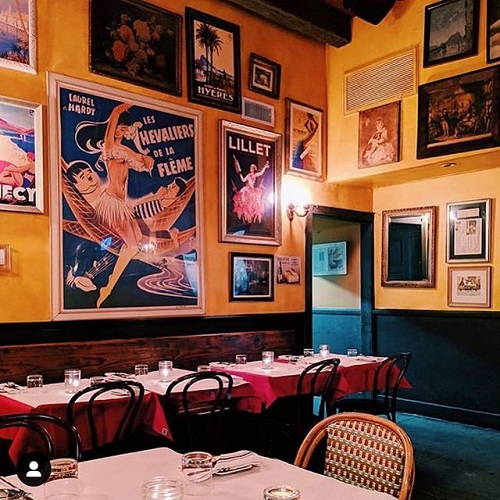